Although this law has been passed, we cannot afford to forget about it.

SB 1070 makes it legal for Arizona law enforcement to ask anyone for their immigration papers. It also gives them power to detain someone suspected of residing in the United States illegally.

After the law was signed, the debate began. Everywhere I traveled I heard conversations about Arizona.

Many people do not understand what the law entails, only that Arizona passed legislation regarding undocumented immigrants.

What Americans don’t understand is that this law is not just about immigration. It is a mirror of the breakdown in our government toward American personal rights.

A process has begun in the opposite direction for human and civil rights. Law enforcement should not have the power to question or detain someone they see on the street based on stereotypes, looks or dress.

Can you tell the difference of someone who is here legally or illegally just by looking at them? Will their hair color, skin color or dress give them away?

One can only rationalize the kind of behavior that will flourish under these conditions.

The fundamental trust between law enforcement and community will be broken, and fear will pervade American streets.

In my opinion, equality is a myth, but I believe it is a dream we should always strive for. Our country has fought many bitter battles concerning the rights of minorities, and as we find ourselves in 2010, I can only ask why we are stepping backwards.

I strongly believe SB 1070 is a repercussion of the U.S. government refusing to deal with immigration. Laws have not been passed and guidelines certainly have not been respected.

Instead, the government has left the responsibility up to the individual states to care for their own, and Arizona feels overwhelmed.

While I can understand the circumstances for the law, I do not agree with it.

I lived in Asheville before I transferred to UNC.

Under the watch of George W. Bush, factory raids were conducted in Buncombe County. Parents, siblings and spouses were ferried off in buses and taken to the state capitol to be pushed through lines, fingerprinted and put in jail.

Relatives scrambled to gather money together to free their loved ones, while others realized this would be the last time they would see their family.

These actions are unwarranted and should not be allowed on American soil — we are better than that.

Our government needs to take action and put laws into place to protect our border-states and the rest of the United States, however we need to do it with respect and integrity.

As Americans it is our duty to wake up and participate in the changes occurring in our nation.

(An editorial column written for the Daily Tar Heel….I did not choose the title) 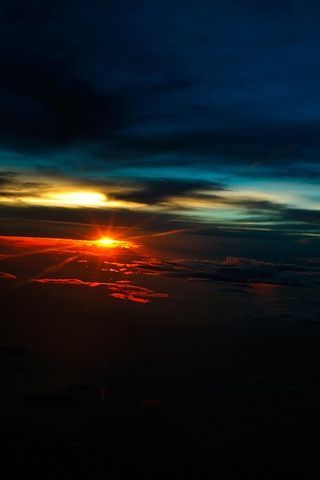